Debates on funding concerns of Think Tanks (TTs) across the world are revolving around a central theme: developing a sustainable funding model. Historically speaking, TTs, which started to evolve as the ‘third sector’ in Europe, UK and the US, were publicly-funded organisations. However, in the last century, as more and more TTs started coming up, despite being non-profit independent policy research organisations, their source of sustenance from public funding entered troubled waters. Corporate and philanthropic funding has now become the norm for a majority of these organisations and a large part of the money is given by foreign or international organisations like the Asian Development Bank, Bill and Melinda Gates Foundation, International Development and Research Centre, etc.

This trend of foreign funding has been rather severely criticised, and brought the integrity and credibility of TT research under the scanner. There is also a growing realisation in the TT community that in order to be financially secure, the heavy reliance on foreign funding needs to be replaced with support from domestic sources. However, commentaries in the media indicate that securing long-term core funding from domestic and corporate philanthropy remains a challenge. While domestic funders support eagerly support direct-intervention causes, they have little or no enthusiasm for policy research. 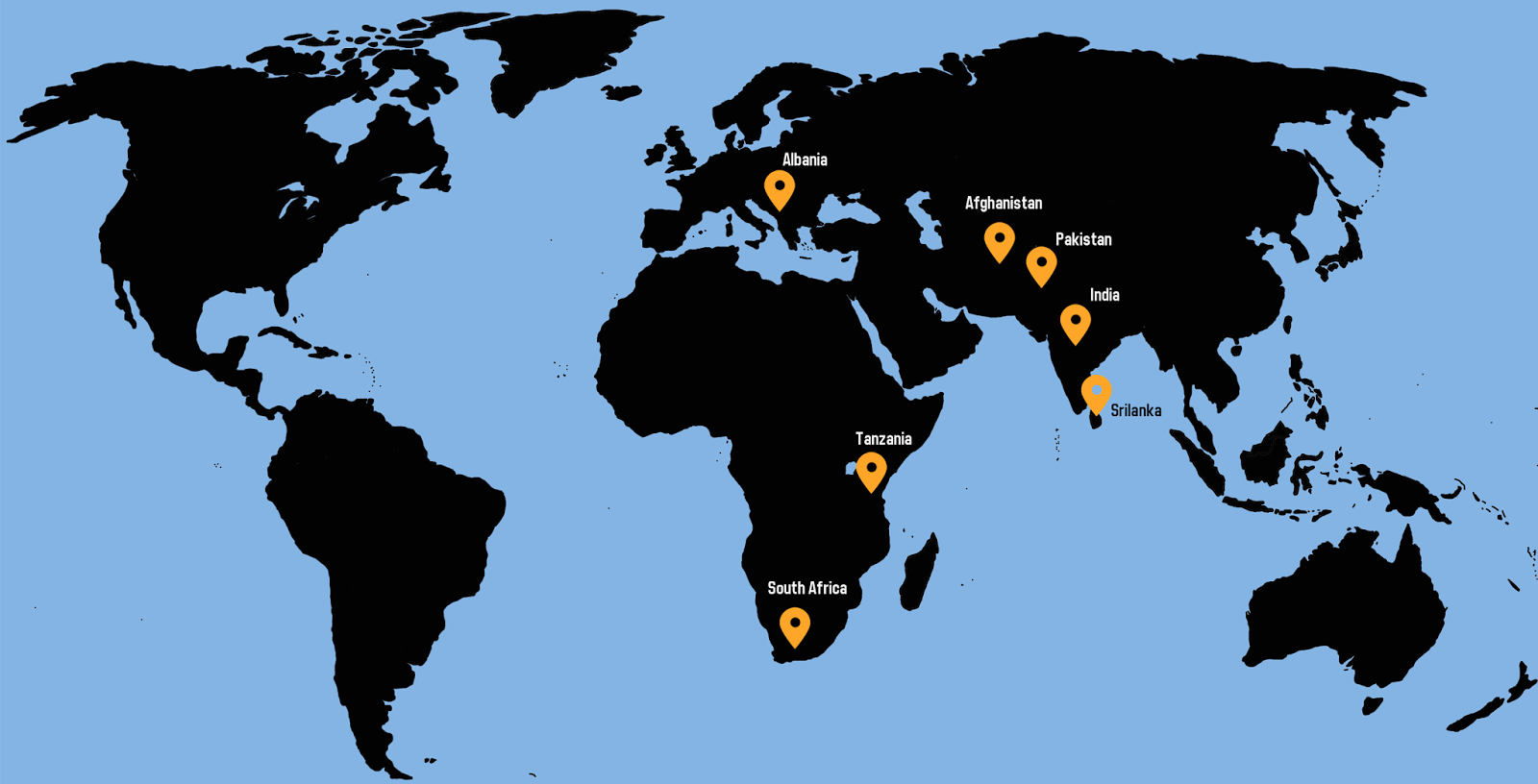 For this issue of Aditi, the editorial team decided to capture the voice of the TT community in developing nations through a survey. Unfortunately, the survey was taken by a small group of 12 people, although the geographic coverage was impressive as shown in the Figure.

Despite the small number of respondents, some of the surprises that emerged from an analysis of the responses received in the survey are mentioned below:

The TT community needs to seriously consider engaging in collaborative projects with each other as one of the ways to ensure sustainable funding. Such collaborations can be viewed as a coin with two sides. On the one hand, the Think Tank Initiative experience has set in the realisation that a similar model of funding from domestic sources would ensure the financial sustenance of TTs in a country. But on the flip side of the same coin, TTs could set-up a funding pool that helps secure the financial future of policy research organisations.