Note: This section is compiled by Arushi Sen, Senior Communication Officer, CSTEP and Dr. Annapoorna Ravichander, Head, Communication and Policy Engagement, CSTEP during their various interactions with researchers and colleagues from other Think Tanks.

Think Tanks are in the business of policy research; their primary clientele is policy makers, hence interactions with policy makers takes place on a regular basis. Sometimes it is to introduce a new idea, sometimes to receive feedback or to discuss areas of common interest. In our capacity of working as members of the Communication and Policy Engagement team, we are often the audience for researchers sharing their experience of engagements they have had with policy makers. 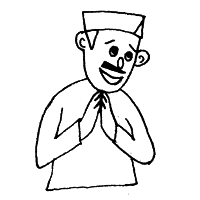 We remember one of our researchers saying that he considers these sessions as a good opportunity to learn a new language. The said researcher hails from a different part of India, while Kannada is the language used most commonly in conversations with GoK (Government of Karnataka) policy makers. So, the researcher not only engages in serious technical discussions but also learns new words and phrases in Kannada; reaping a dual benefit from his engagements with policy makers.

In another instance, a researcher once stated that whenever she goes to attend a meeting with a policy maker, what she looks forward to is the animated discussions that result from her research findings. It is endearing for her to see policy makers get so involved in the discussions despite their busy schedule and paucity of time. This is very important for a Think Tank or for a researcher, since a 2-way dialogue always makes a discussion useful. 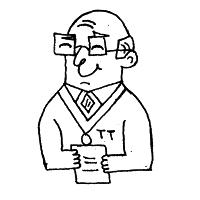 One day, over a cup of tea, a colleague shared with us that in one of her meetings with a government
official, after the customary introductions, she was asked, “Toh, aapka Tank kaisa hai?” (How is your tank?). Initially she was taken aback; what was the person referring to? After a few probing remarks, she realised that he was referring to the Think Tank she was working in as a researcher. On the flipside, the same researcher was also subjected to the following comment by a transport department official: “Madam, aap toh Think karte ho, lekin humein toh ground mein kaam karna padta hai!” (Madam, your work is based on Thinking, while we have to work at the ground level!)

There is sometimes a serious disconnect between theoretical models and education about policy and the ground realities of what works and what does not.

A senior research scientist once told us over a cup of coffee, “I have strongly found that the government officials and industry staff at all levels are usually very knowledgeable about the various policy options and industrial processes. I have also found that many people with formal education sometimes fail to understand this. As a result, when some speakers use a lot of jargon and theoretical concepts in their conversations, the policy and industrial staff are usually unimpressed and are cynical about many experts who have formal education in policy. I have also found a lot of talent, knowledge and skill in industrial plants in India and sometimes expats and NRIs underestimate the depth of this knowledge, sometimes with humorous outcomes.”

Such incidents are not limited to CSTEP researchers alone. A friend from a partner institution had this to say:

One of our 'champions' (policy maker), who we interact with on a regular basis, tries to engage us as soon as he takes charge of a department (and he is moved around quite frequently due to his obsession to make everything transparent). When he was the Hubli-Dharwad Municipal Commissioner and we carried out a CRC with our own funds for HDMC, public bus transport and electricity. It was interesting how he called all his officials to the presentation, and then at the time of public release of the findings presented his viewpoints and his commitment to take corrective actions for some of the critical CRC findings. When he became the Managing Director of a government department he actually came out with a Government Circular citing each of our CRC findings and his plan to take care of them which was also inserted into the final report and put up in the public domain. 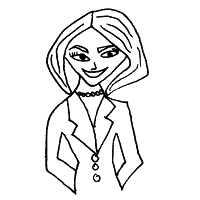 Another committed person I have met is a senior government representative who supported  and advised us about the persons we should meet, shared a few publications that she had received on the subject and promised to even attend any meetings that we have with the people she suggested! This despite the fact she was not directly able to help us!!

An interesting conversation that I listened in was at the State Planning Board some time back when one of the senior official asked his colleague  to find out how many departments had taken action on the suggestions given to them through the various studies that they had commissioned. The colleague responded that when she went through the responses from the department the standard response seemed to be 'Action Taken' but not what they were!