In 2006, the Bureau of Energy Efficiency (BEE) introduced the Standards & Labelling programme for refrigerators and air conditioners. The labels on these appliances provided information on the amount of energy used by a refrigerator over a year and the relative energy efficiency of a particular model compared to all other models in the market. The need for introducing this label came from the realisation that energy consumption of a particular model of a refrigerator or air conditioners was a low priority for a buyer, even though the energy bills of an air conditioner over its life are 3 to 4 times its original cost. However since the energy consumption information was not easily available at the time of sale, other characteristics, such as the buying price of the appliances, its brand, its colour, and the advice of neighbours and of the salesman, and its features, were the main factors in the decision to buy a particular model.

We thought therefore that the label, providing the energy consumption information, would be of value to consumers. At the same time, there was a strong feeling that the Indian consumer would not be swayed by the higher energy efficiency (and the promise of future energy bill reductions) if the price of the energy - efficient appliances was higher than those of lower – efficiency appliances. Consequently, many manufacturers were reluctant to join the labelling program. As a result, the Bureau found itself facing two challenges. The first was to ensure that consumers were able to use the information on the label to their benefit while making the buying decision, and the second was to convince more and more manufacturers to join the labelling program. 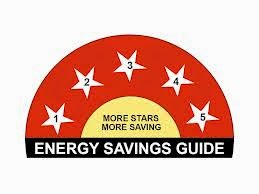 This was a chicken – and – egg situation, and we found it important to address both these challenges at the same time as we introduced the labels. The way forward was to reach out to both consumers and manufacturers simultaneously.

Consequently, we launched a targeted public outreach program on television and in the press, focusing on informing consumers of the benefits of labelled products. This was accompanied by surveys and collection of information on the growth in the sales of labelled products. The outreach programme was designed to reach, and be of use to appliance buyers. The findings of the surveys and information collection were designed to help manufacturers to decide on the usefulness of the labelling programme. In just a year – and – a – half, labelled products accounted for about half of the air conditioners, and three-quarters of the refrigerators that were sold. It became clear that consumers saw the label as a value proposition, and accepted the entry of this visible sign of energy efficiency into their homes and offices.

This experience underlines the fundamental nature of policy making, in as much as it necessarily introduces a change to the status quo. It also highlights the understanding that the success of a policy change largely depends on the ability to convince both the “Supplier” and the “User” of the change about its benefits. Effective communication therefore has to address all of these needs. It has to communicate – to the appropriate target groups – the benefits that the policy change brings in, and more broadly, capture and share the evolving implementation experience, especially in its early stages.

In the ultimate analysis, even the best - formed policies can be ineffective if people don’t know about them, and don’t know how to effectively benefit from them. Effective communications is integral part of effective policy.