Communicating with Policymakers: The Issue of Reputation

In this article, I focus on how credibility contributes to communicating with a policymaker. A potential policymaker may not listen to you, unless the information that you present has a credible source. Who or what the credible source is, is debatable as all policymakers are not likely to find all sources equally credible. 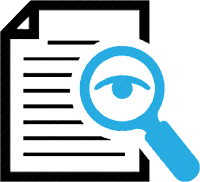 The reputation of an organisation considerably lends credibility to information. If the organisation
presenting the data has a proven track record of making sound recommendations in the past, it is likely that a policymaker will lend an ear to what the organisation has to say. This is because it is difficult for policy makers to check the credibility of evidence (upon which the recommendation is made), therefore, they often rely on the legitimacy and reputation of the source, i.e. the Think Tank that makes the recommendation. For example, when CEPA analysed an impact evaluation carried out by the International Water Management Institute (IWMI) in Bihar, India, with regard to the impact of metering of tube wells, we found that the study findings were considered valid among other reasons because IWMI researchers are much respected within the water and irrigation policymaking circles in India.

However, the reputation of the organisation carrying out the research and its past experiences, are only likely to get you so far. Sometimes it is important to pick the disseminator who is ‘most acceptable’ to the target audience. For example, in one instance where disaggregated data on poverty was produced by the Department of Census and Statistics (DCS) with technical assistance from the World Bank, when presenting the data a deliberate decision was made that the DCS would take the lead when presenting the data to the Sri Lankan policy makers and implementers. This decision was taken to ensure that the credibility of the evidence was not undermined because of legitimacy concerns about the source of the evidence. In the context of Sri Lanka, the DCS has both legitimacy and reputation in policy making circles in the country which is in contrast to the World Bank, whose activities are often viewed with some degree of suspicion in Sri Lanka. In contrast, the World Bank took the lead in disseminating the poverty figures among the donor community as well as internationally. Therefore it is necessary to understand the context and the perceptions attached to particular organisations by the relevant target audience.

While this short essay is based on past experiences of CEPA, the findings that I have presented here are by no means conclusive in terms of communicating with policymakers as the context is always changing. However, two aspects-the legitimacy of the organisation and its expertise in the relevant field greatly contribute to the successful outcome of the policy intervention.