So, What's the Story?

“So, what’s the story? That is what I always ask the researchers when they hand me their draft reports.” These were the words of Dr Pamela Kabaso, the Executive Director of the Zambia Institute for Policy Analysis and Research (ZIPAR) when we sat in her Lusaka office at the start of 2014. Like all good think tank heads around the world she instinctively knew just how vital it is to turn good research into something which is easy to communicate.

Since this first meeting we have been working closely with ZIPAR as they have achieved a step-change in ability to communicate their work. Our work has been part of a programme called the Zambian Economic Advocacy Programme, which partners with a number of Zambian think tanks. We have drawn on our own experience in British think tanks to provide peer-to-peer support for these organisations. 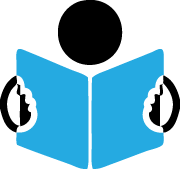 What we have seen as the key to ZIPAR’s success is that the organisation as a whole now thinks about how best to communicate its work. They actively plan how they convey their messages to the outside world, but are also always ready to be opportunistic and comment on emerging news stories. Social media has played a big role, but the newspapers – which politicians read - still matter too. In short, there is a growing organisational culture in ZIPAR which values communications.

Whereas in the past communicating research was seen as a ‘bolt on’, only to be considered at the end of a project, ZIPAR increasingly integrates thinking promoting its work from the start of every project. Whereas in the past researchers tended not to see ‘telling stories’ – as Pamela would put it – as core to their job, they are now increasingly becoming the main communicators of their research. Yes, they work in close partnership with Euphrasia Mapulanga-Ilunga, the Head of Communications, but in the end it is the researchers themselves who know their argument the best and they are the ones who need to get the message out there. And finally, whereas in the past ZIPAR was sometimes guilty of writing reports suitable only for an academic audience, today it produces highly accessible papers which are relevant for more of a political and policy audience.

An example here is a forthcoming report on Zambian government debt. This is policy relevant, clearly written – with a short executive summary providing a clear message and the basis of other communications – and as a result has already commanded the ear of policy makers.
None of this means compromising on research quality. Choosing research topics which are near the top of ministerial in-trays helps ensure you have a receptive audience when it comes to communicating the results. But the importance of rigor and high quality policy relevant research must always remain at the core of what any think tank does.

Likewise, good think tanks do not seek media coverage just for the sake of it. Ultimately the purpose of communications is to help enhance influence and achieve change. Indeed, what most people think of as ‘comms’ – press coverage – is only one element of a wider approach to communications and advocacy. ZIPAR, for example, are always making judgements about the best balance between communicating through the media and using more ‘inside’ approaches – clearly presenting policy arguments to policy makers in various forums.

But whether it is a newspaper article, a 140 character tweet or a presentation to MPs on a Select Committee, the relevance of Pamela’s challenge to her researchers remains: “so, what’s the story?”

Guy Lodge has over ten years of experience at the IPPR, a leading British think tank, and is a fellow at Nuffield College, Oxford. Will Paxton worked for the IPPR for five years and was a policy adviser to the UK government for a further five years, including two years in the No.10 Policy Unit under Gordon Brown. Together they run Kivu International, an organisation dedicated to supporting think tanks around the world to increase their relevance and impact.